Senior Jack Ray has played for the Cleveland Rockin’ Wildcats, a special needs hockey team, for a total of nine years.

“When we were in Colorado, we heard of a new special needs hockey team that was starting up. We tried many sports with Jack, but he did not seem passionate about any of them. Although he did not know how to skate, they taught him to skate. He loved all of the equipment,” she said.

The special needs hockey team was just beginning to form in Cleveland when the Ray family moved to Ohio; it soon became a weekend routine for them. Jackie Ray explained the atmosphere of the Cleveland Rockin’ Wildcats.

“It is a fun group made up of members with all types of disabilities, mainly autism and Down Syndrome. Not only is it a sport, it provides social opportunities for the kids. It is a family atmosphere. The parents connect with one another and share resources with each other,” she said.

The Cleveland Rockin’ Wildcats belong to a much larger organization called the American Special Hockey Association (ASHA). Mrs. Ray expanded on the different facets of the program.

“We travel out-of-state to play in tournaments all around the country and play other special needs teams. Sometimes teams from other countries will come and play at these tournaments. We occasionally will scrimmage local high school hockey teams. These high school raise a lot of money for our team through fundraisers,” she said.

Jack’s team consists of only males (although females are welcome to join) who vary in an age range of five year olds to adults. Senior Abby Ray, Jack’s sister, tries to attend most of Jack’s games and enjoys watching them. She described the experience of attending one of these hockey matches.

“Everyone is always smiling and having fun. When we go to tournaments, the audience always cheers for both teams,” she said.

“Referees do not really call penalties, and everybody wins. Depending on the player’s skill level, sometimes the coaches will help them by giving them the puck and putting them in front of the goal. Coaches will especially do this for players who are just learning how to skate,” she said.

Abby detailed the reasoning for Jack’s participation on the hockey team.

“Jack always enjoyed watching hockey when he was younger. Two of my cousins played for a team in St. Louis and stayed with us for a weekend while playing in a tournament in Colorado. While watching them play, we heard of a second Colorado team forming closer to us.  Due to Jack’s interest and as a way to get him involved and active, my parents signed him up,” she said.

Jack added to this by stating his own reasoning for joining.

“[I enjoy] watching the Chicago Blackhawks and the St. Louis Blues,” Ray said.

Jack’s plays the center (offense) position on the Cleveland Rockin’ Wildcats, and his favorite memory came from when he played with Ohio’s own ice hockey team, the Cleveland Monsters. Jack described his attitude toward his hockey team and fellow hockey players.

“They are amazing; they are the best team ever,” Ray said.

Jack Ray noted that he wanted to keep playing hockey for a long time. 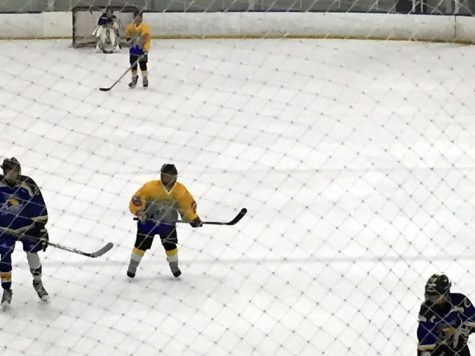 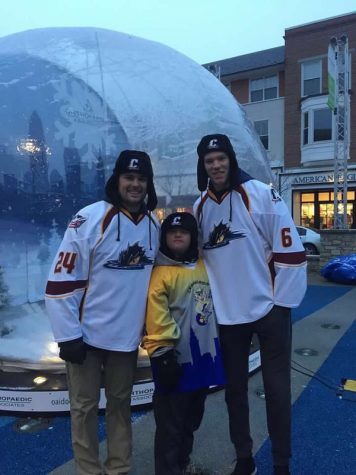 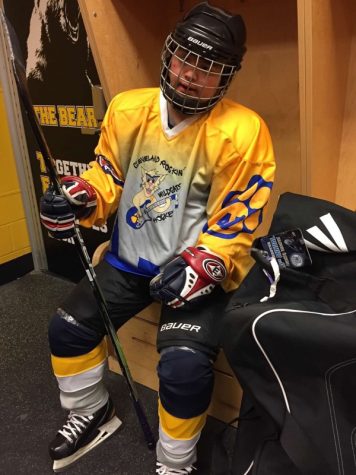