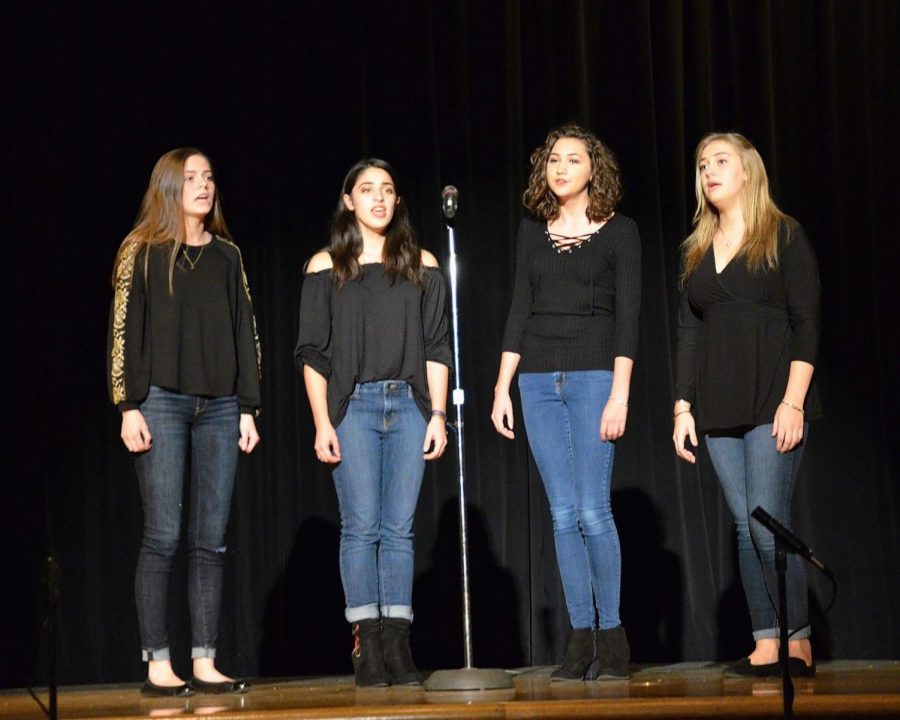 The term “dinner and a show” runs synonymous with its literal meaning: a simple dinner coupled with a show. But why would a regular student, parent, or member of the local community choose to spend their money at such an event? For the answer to these questions, one should simply look to the events that occurred on October 21st.

Revere High School hosted the second annual Dinner and a Show event in the auditorium through the PTSA with the goal of raising money for the senior class of 2018’s after prom events. Lead coordinator Bunny Oldham detailed the goal of the event.

“My goal was really to decrease the number of different smaller fundraisers, because senior year is already expensive. For the kids, senior year is expensive because of prom, graduation, and expenses for college,” Oldham said.

The PTSA borrowed the idea of the dinner and a show after noticing similar events other local high schools hosted. Oldham elaborated on the backstory behind the creation of Revere’s dinner and a show.

“Medina High School does a dinner and a show for their show choir, and we modeled it after that. They actually have acts from the talent show and the school choir, but [Medina’s fashion show] is school-run,” Oldham said.

To raise money for after prom, the event priced tickets at $25 for adults, and $15 for students. The tickets gained both admittance to the show as well as a dinner catered by Old Carolina Barbecue. Old Carolina representative Kelly Patrina commented on the restaurant’s presence at the event.

“Any really big event helps to get our name out there. . . . This is a good way to show people what Old Carolina has to offer,” Patrina said.

In addition to Old Carolina Barbecue, American Commodore Tuxedo sponsored the fashion show during the second act of the event, providing multiple prom dresses and tuxedos for student models to show off to the audience. American Commodore representative Nate Wegsig noted the importance of the company’s presence at the show.

“[Students] see the kind of styles we can provide for prom and homecoming; the kind of fit that we can do. We have a lot of modern tuxedo styles, so we always like to use [these shows] as advertising,” Wegsig said.

The show consisted of multiple acts, ranging from solo and group singing performances to dancing. Senior and performer Kelly Schikowski commented upon her first act of the night, which was singing the song “I Believe” with a group of friends.

“We were the first act, so our job was to warm up the audience. The mood was . . .  not restless, but more excitement because nothing had started yet. Our group had to set the tone with the show. It was kind of nerve wracking, but it [was] important,” Schikowski said.

To keep the show flowing throughout the evening, each class featured two student emcees who transitioned each act. Junior emcee Sam York detailed the role of emcee.

“[The role of emcee was] basically getting up there and speaking in front of everyone. But other than that, [the show] was a lot less organized than I originally thought. It was more: just get up there [and] say what you [were] supposed to say,” York said.

To lighten the atmosphere of the show, some emcees made use of their time on stage by wearing different costumes and cracking silly jokes. Schikowski commented upon the emcees’ presentations.

“This year I feel like the emcees felt a little more freedom. The emcees that were chosen this year felt a little more comfortable on stage. They are meant to relieve the audience to make them laugh a little bit. That is what they were there for, to lighten the mood. I thought they did a great job,” Schikowski said.

One of the performances featured the Revere Marching Minutemen percussion group, which showcased one of their performance pieces. Junior and percussion member Jack Besenyodi elaborated on the percussion’s performance.

“We did the drum break from the contest show that we are playing this year for getting judged. . . . [During the band performance] everybody else is kind of in the background, and we are the primary focus. . . . Our act was actually very fluid. Right up until we went on, we were changing things around,” Besenyodi said.

Another performance featured a banjo solo from Revere High School principal Phil King. King detailed the story behind the song he sang, titled “The Rainbow Connection.”

“The backstory was that my wife and I had to clean out my father in law’s house because he had passed. When we were cleaning out the house, we found a whole stack of sheet music from 1977-1978 when the song came out, and my wife had learned to play that on the piano when she was younger. I thought it would be really cool if I could play that song. So I got my guitar and I tried to learn how to play it, and it was really difficult, so I had to work really hard. But my wife got a banjo for me for my 50th birthday back in August, and so I tried to learn how to play the banjo and play [the] song because I told her that I would sing it for her someday. She was in the audience, [and] I did not do as well as I would have liked, but it went just fine,” King said.

King additionally commented on the entirety of the dinner and a show.

“I think [the dinner and a show] brings out the opportunity for people to perform that do not always get a chance to. I think that it allows our PTSA to do some fundraising for the after prom that is very important to me to keep kids safe after prom, that they are not out running around doing something that would be harmful to themselves. I really like that. I think that is really beneficial to the school as a community. I think it is nice to have parents see kids do something other than their normal routine. It is enjoyable,” King said.

At intermission during the show, patrons received the opportunity to donate additional money through placing money in a jar dedicated to each act. The patrons would additionally place their admittance ticket into whatever act’s jar they thought was the best, and at the end of the night whoever had the most tickets in their jar won half of the donated money, with the other half going towards the funds for after prom. Junior Josh Devera won the contest this year (as well as the previous year) with his dancing performance. Senior and performer Ellie Edwards expressed her excitement for Devera’s prize.

“He is so incredibly talented. I think it is because everyone sings [and] there [were] a lot of vocalists and a lot of girls. Josh is a guy and he danced, and his dancing is unlike anything that you have seen, so he stands out,” Edwards said.

Two separate acts in the show featured an all-female and mixed group of performers from the Energy, Talent and Commitment (ETC) School of Musical Arts, who showcased their interpretive singing and dancing abilities. Oldham described the show choir’s performance and some of the difficulties the choir faced.

“There are fourteen kids in ETC that go to Revere, including my three kids. This was the first time that they performed on stage for their show for the year. . . . ETC has kids from twenty different districts, so they only practice one time a week. As the year goes on, they get a lot better. . . . Their twelve very strong performers were missing, and they never practice without them. When there was a hole, they had to impromptu figure it out on stage,” Oldham said.

For the final act of the night, a Revere student with special needs, Emily Gifford, had the opportunity to display her talent by dancing to the song “Gangnam Style.”  Oldham explained why her favorite performance was Emily’s.

“The reason why Emily’s was my favorite was the community. The kids stayed. All those kids could have gone home. There were bonfires and parties afterwards, and the kids that stayed on stage to dance with Emily stayed because they wanted to. . . I denied to have it mandatory. . . she had a stage full of people supporting her behind her,” Oldham said.

In the end, the after-prom committee reached their goal of raising enough money for their event. From a combination of school talents, both similar and diverse, the dinner and a show provided viewers with a unique experience Revere High School can utilize for future fundraising efforts. 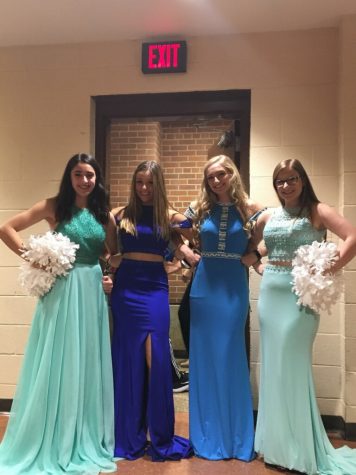