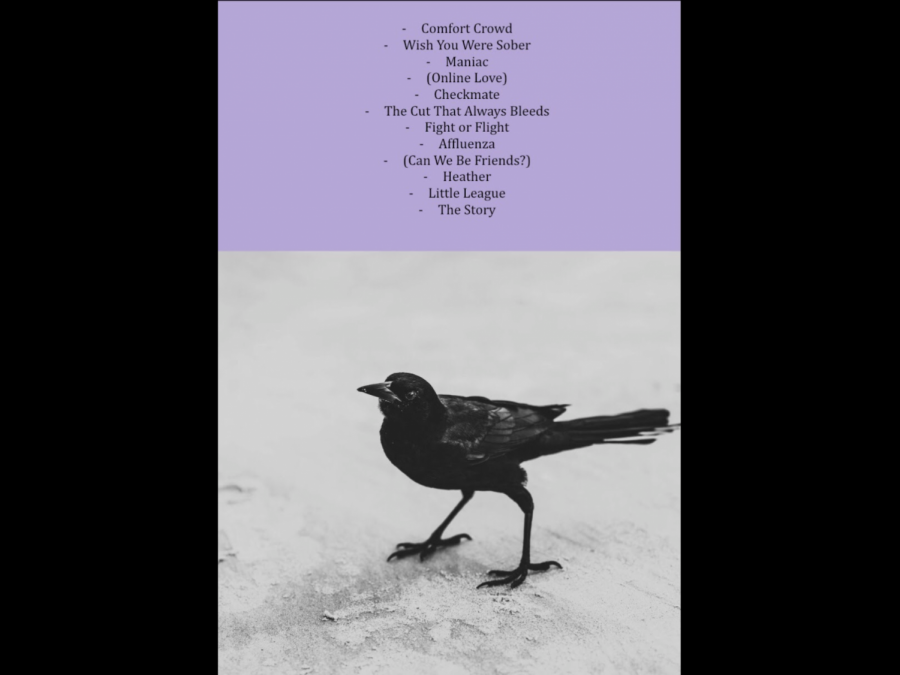 Rising musical artist Conan Gray released his new album Kid Krow on March 20th, 2020. The album was produced by Dan Nigro, Jam City, and Gray. This particular selection of songs falls into the category of mainly Indie rock and Indie pop; a genre of music that was widely popular in the 1970s. Gray’s album features modern twists to the classic alternative sound, while showcasing sensitive topics such as mental illness, trauma and heartbreak.

While some of the tracks offer a high-energy disco tech beat, Kid Krow also offers more mellow songs with equally profound meanings. The album runs for 33 minutes in total. Kid Krow does feature two explicit songs; “Wish You Were Sober,” a coming of age realization where Gray addresses his mistakes, and “Can We Be Friends?,” a 57 second interlude. This album contributes a wide variety of electronically-produced sounds that are not overly futuristic. In his song “Little League,” the chorus builds with a progression of major chords that diminish as they hit their peak. It also creates tension within the music, keeping it interesting. The song “Heather” tells the story of heartbreak, a teenager finds themself in love with someone who is already spoken for. The so-called “narrator” voices their insecurities in a minor key, leading the listener into feeling the same emotion. The instrumental tracks of each song on this album reflects the story it is trying to convey, easily manipulating the mood of the audience.

The music in this album is just a small part of the total package. Gray uses anecdotes in his lyrics. He is the author of every song on the album; speaking out about taboo topics that societal norms diminished over the years. Gray is not only praised for sharing these bold topics, but covering it with normality, seemingly progressing teenage comfortability. His goal is to communicate to his audience that sensitive topics are okay to talk about, and that being different is celebrated. Gray’s music is known worldwide for being not only unapologetic, but also as an anthem for those who dare to challenge the world’s standards. It has shaped young adults across the world.

Kid Krow was named number 180 in the U.S. Billboard charts for 2020; the album was streamed over 300 million times. As well as being named one of the best albums of the year, Gray celebrates the fact that his album is rich with truth and acceptance. Gray not only delivers beautiful music, but beautiful messages as well.