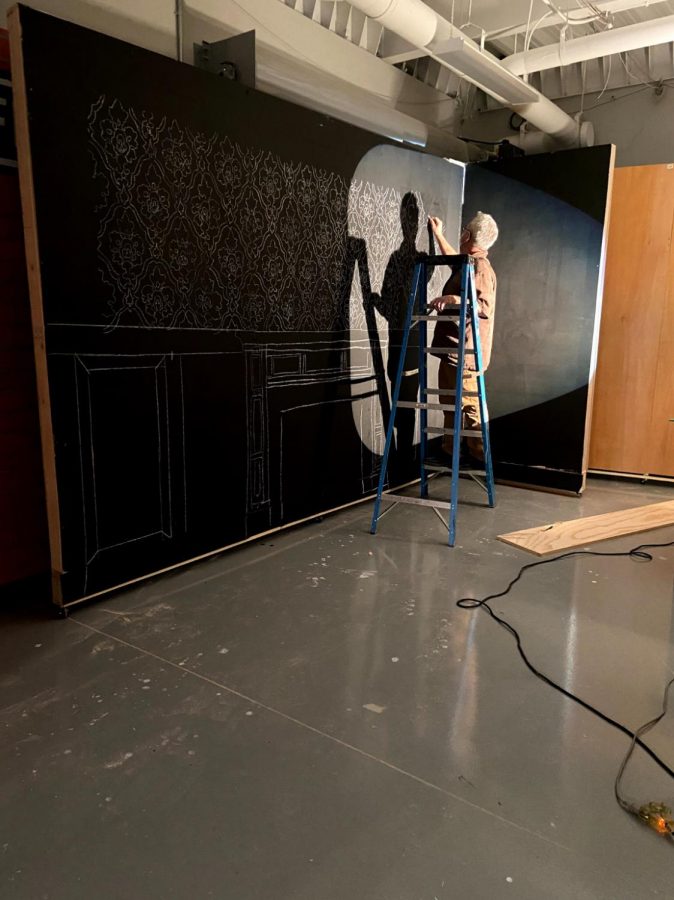 Revere Players will present the musical Oliver in the spring, while following COVID guidelines for the actors and audience to safely enjoy the show.

Revere Players’ last musical, Shrek had to be executed online, where each person made an at-home video to contribute to combined performance where all the clips were edited together. Because of this, the Players missed the in-person aspect of the play, so director Laurie Russell, wanted to host a COVID-friendly musical.

“I did a lot of research on different schools that had done [musicals] and how they were doing it. I looked for a show that I thought we could put together, so that’s part of the reason why I chose Oliver,” Russell said.

Once the Players were able to conduct a musical by Ohio’s guidelines, Russell studied other schools’ processes and took into consideration which musical would best work in adhering to these guidelines. The directors, crew, and cast worked to modify the musical in order to stay safe.

“We have changed [Oliver] a lot. The choreography; we’re not having big dance numbers and we’ve positioned people with the new layout so they can be spread out. When all thirty of [the cast] are singing on stage, they will all have their masks on and they will be spread out,” Russell said.

Thus far, Russell made sure that all cast members were socially distant while practicing for the musical. While the guidelines presented difficulties for singing and various other aspects of the musical, the Players work hard to show a proper in-person musical that they have been wishing for. Not only is the cast having to adapt during this musical preparation, the stagehands and crew members also work to adjust to a new auditorium and guidelines.

Art teacher and crew supervisor Robert Pierson talked about the changes the crew has faced with how many people work on different tasks at a time.

“Normally without COVID, we’ve always had like twenty kids a day, I’ve had to adapt to a smaller group to work on the backdrops,” Pierson said.

With the backdrops that Pierson started designing a month prior, the certain crew members that are comfortable with specific jobs such as carpentry and chalking do the work in the scene shop. The scene shop was a new addition to the school, which in Pierson’s opinion, exponentially changed and benefited the processes the crew undertakes.

“The school paid for new backdrops for the higher, eighteen foot stage. We never prepared canvases this big before. I started from scratch and I was able to build certain types of designs in the scenery shop. Before, we would’ve had to build on stage and have it occupy the stage while Mr. Lebeau needed the theater,” Mr. Pierson said.

The new auditorium provided more space for all of the Players to operate. The intricate details of the new backdrops add to the complexity of the story.

Co-president of Players Katie Froelich talked about the interesting aspects of the story and what separates it from a typical musical.

“This story follows what happens as [Oliver] tries to navigate different social classes, how they interact with each other and where he fits in all of it,” Froelich said.

“The characters are very complex and you really find yourself rooting for people you wouldn’t expect. It’s not your usual cookie-cutter musical where boy and girl fall in love and they sing a song about it then happily ever after, it’s more than that,” Froelich said.

Russell cast four middle schoolers to play supplemental parts to make the musical more interesting. Although, she does not consider the character Oliver as the focal point of this story.

“I don’t necessarily call Oliver the main character although the story is centered around his life, I think some of the other characters have stronger leads in the show,” Russell said.

Russell did not want to change the original cast of Players at the high school, so adding the middle school actors made the story more plot-accurate while not fundamentally changing the cast. Froelich cited this uniqueness as giving a well-needed change for people who wanted to see a different-type of story during difficult times.

“I think that even with everything going on in the world right now, people need a story of hope and it gives you that story, but it’s portrayed in a different way that people don’t expect walking in,” Froelich said.

The musical will take place from April 28 – May 2nd on varying times for each day. Through the hard work of the cast including co-presidents of players Katie Froelich and John Sheetz and all the directors; Mrs. Russell, Mr. Carlyon, Mr. Lebeau, Mr. Rizzo, and Mrs. Baker, a musical can take place that is COVID-friendly with a new and interesting concept.